Now we all know someone who loves to give a dinner party, but who groans afterwards at the cost of it all. Whether you are a debt-ridden student, a young couple desperately saving for a deposit on a home, or a cash- strapped pensioner, you should always have a few good tricks up your sleeve with which to allow you to continue to make merry without breaking the bank.

Believe me when I tell you that some of the most delicious food can be made with the cheapest of ingredients. Think homemade flatbreads with Hummus and Tsatsiki, Smoked Mackerel Pate, Onion Bhajias and Pakoras, Soups, Cheese Souffle, Lasagne and good old Spaghetti with Meatballs, Ham and Pease Pudding, Cullen Skink, Chicken Pie, Moules Mariniere, Cottage Pie, Vegetable Curry, Pork Pie, Macaroni Cheese, Toad- in- the- hole, Tortilla, Stuffed Peppers, Irish Stew, Ox Cheek Stew, Steak and Kidney Pudding, Homemade Pizza, and on and on I could go. Do you see the common denominator? All of the above dishes use the cheapest cuts of meat and fish, and use large amounts of vegetables and/or grains to pad things out just like our parents and grandparents were brought up to do. I am sure that this way of eating is what the Government ought to be plugging in earnest!

Make everything from scratch, have no waste, and use all leftovers imaginatively! 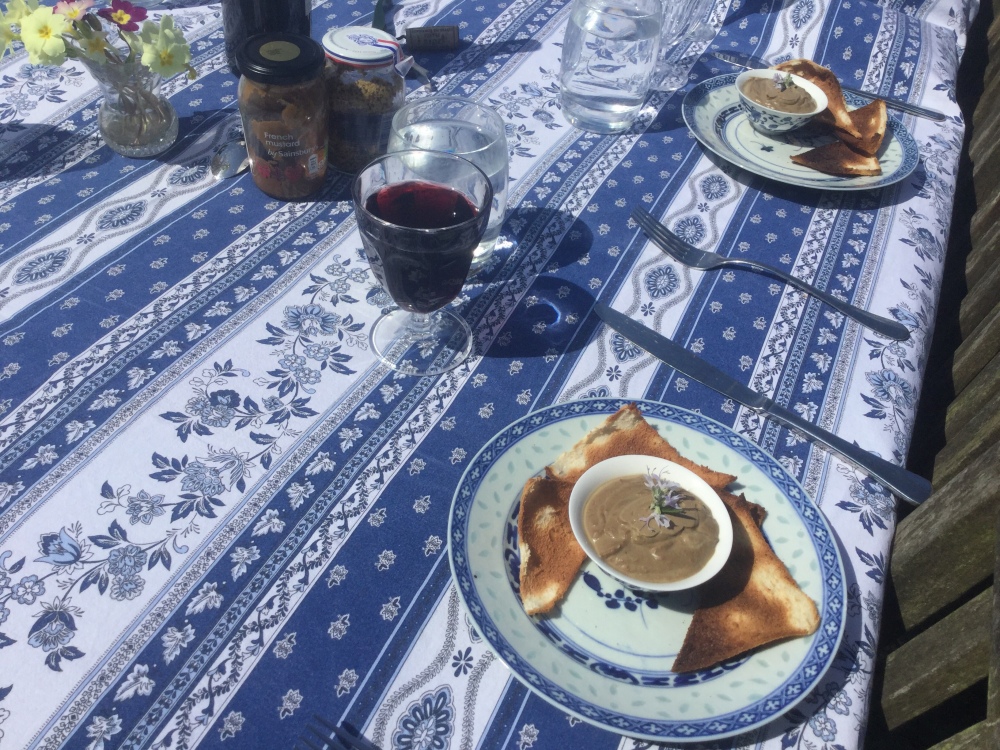 One of the easiest and most totally foolproof Dinner Party standbys in my household, is Chicken Liver Pate served with Melba Toast. At around 0.70 p per portion, you will be amazed at how great this tastes , for the price! I do insist that you only buy Organic Chicken Livers, however, but will allow you to get the cheapest possible white sliced bread for the toast. Not only is it most economical, but also is quick to make, and can be done up to 2 days in advance, perfect for cash-strapped and time- starved young professionals!

4 tbsp or 60 ml of cheap brandy, or port or sherry

2 to 3 small sprigs of thyme

1 peeled and crushed clove of garlic

Pick over the Chicken Livers and snip out any membranes or green parts. Peel and finely chop the onion and put it, together with the garlic, in a large saute pan with the butter, and set over a moderate heat. Soften the onion and garlic in the butter for several minutes without allowing anything to brown. Then add the Chicken Livers and Thyme, and cook very gently , turning over often, until only a little pink remains in the centre of the livers. On no account allow them to go crusty or caramelised or brown all the way through, but keep them just poaching gently as if making a confit.

Tip everything into a blender, food processor or liquidizer and process for many minutes until quite smooth. In the meantime, put the alcohol into the same saute pan and boil it down briskly, thus deglazing the pan of all the flavoursome residue, until you are left with only a tablespoon or two. Then put that into your chicken liver mixture, with the engine still running, along with thedouble cream. When everything is quite amalgamated, taste and season with salt and pepper, and blend briefly again. I find that two good pinches of Maldon Sea salt, and two or three good grindings of black pepper is about right.

Then, whilst the mixture is still warm and fluid, pour it into 8 individual dishes , such as the Chinese tea bowls I used here, or into one large decorative dish, from which everyonecan take a spoonful. Cover all well with clingfilm and leave for several hours to firm up in the fridge. Actually, this tastes much better 24 to 48 hours later, so can be made well in advance!

As for the Melba toast, which can also be made in advance and kept in an airtightbag, nothing could be simpler.

First, set your grill or oven to high, and get ready a grill pan or baking tray. Then, make around 6 slices of toast, maybe even in your normal toaster just as you would for breakfast. Then cut the crusts off each slice, and using a serrated knife, carefully split each crustless slice of toast into two ultra thin halves. Turning each half slice onto its toasted side, gently rub away any soft innards which look and behave just like the mess you leave after rubbing something out using an old fashioned eraser! Then cut each half slice of toast across the diagonal, and lay each one, toasted side down, on the oventray, or grill tray. Put into theoven, or under the grill for a few second only, until toasted and curled. These will burn in the blink of an eye!

Allow 4 to 5 triangles per person 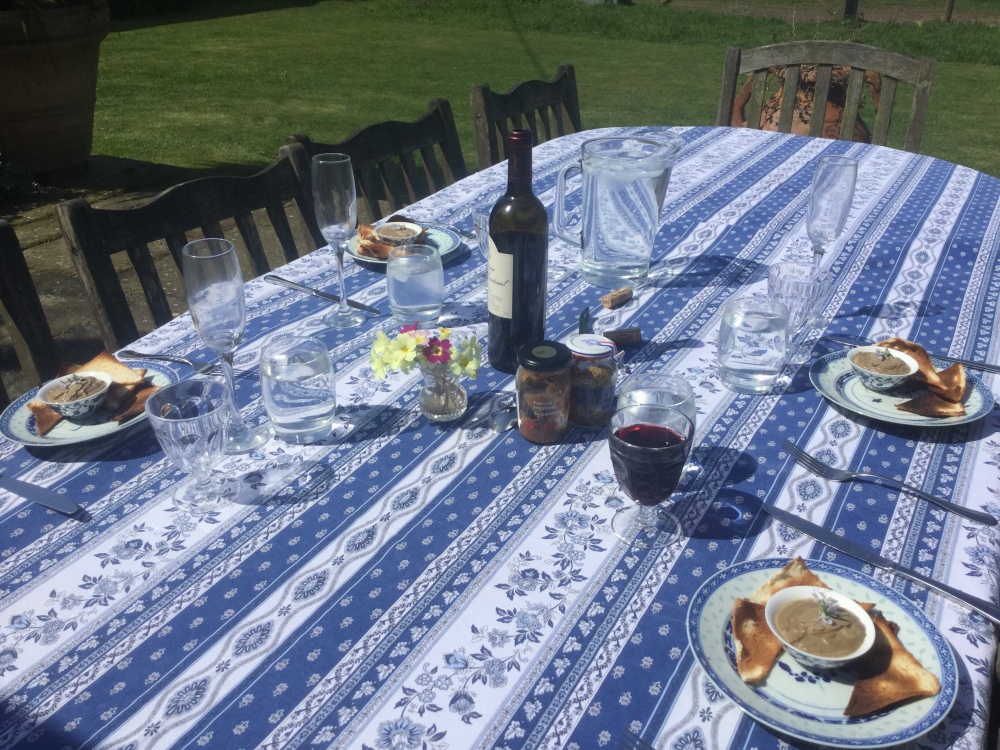 Having had a lot of interest from busy young things wanting sensible advice on quick, easy and cheap recipes for Dinner Parties, I intend to add regular weekly posts on this very theme,